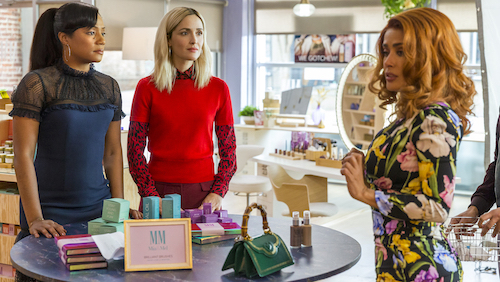 * out of 5
83 minutes
Rated R for for language, crude sexual material, and drug use
Paramount Pictures

As surprising as it was that Underwater wound up being the best kind of January movie, on the flip side, Miguel Arteta seems bound and determined to make you forget how good he used to be. The man who gave us Chuck & Buck, The Good Girl, Youth in Revolt, and Cedar Rapids comes the same kind of shrill chaos he brought to Alexander and the Terrible, Horrible, No Good, Very Bad Day.

This a film “made for” women, strictly by men. We already know Arteta directed, but it’s also written by two dudes who have no understanding of comedy: Sam Pitman and Adam Cole-Kelly. Something that comes as a shock considering Tiffany Haddish is an executive producer and Danielle Sanchez-Witzel is credited with the story.

A full synopsis is pointless. For anyone who wants to see the film from start to finish, I present to you the NSFW trailer: https://www.youtube.com/watch?v=quiGRsBwrJ8&t=9s

This is literally the entire movie!

I watched the trailer a few days before the screening and couldn’t help but wonder why I was having such a huge sense of déjà vu. It also gives you an idea of how atrocious it is. The characters are only tolerable on any level thanks to the cast. Rose Byrne is one of the funniest actresses working today and Haddish is every bit as hilarious — with the right material. As it stands, a group of dudes got together to hatch up horrible caricatures, leaving the cast scrambling to try to improv their way to funny.

It’s an embarrassing shame for everyone involved. Watching the film is a huge chore as it plods along through its 83 minute runtime. Not counting credits brings the film down to roughly 78 minutes. This is barely a film. It feels like a botched TV pilot and should be banished as such. But for those of you who think smoking pot in a room with a newborn and cracking jokes about Obama’s penis are the height of comedy, don’t say I didn’t warn the rest of you.
Posted by Cinenerd's Reel Voice at 9:14 PM