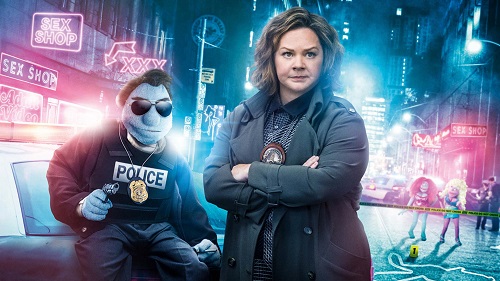 **** out of 5
91 minutes
Rated R for strong crude and sexual content and language throughout, and some drug material
STX Entertainment

Those shocked Brian Henson, son of Jim Henson, directed The Happytime Murders seem to forget the Muppets have always had an adult edge. Growing up in the ’80s I always preferred the Muppets — or Looney Tunes — to anything on the Disney channel. But here we are with a hard R rating and enough language to make a sailor blush. While it may rely heavily on shock and awe, it’s exactly the kind of film I am happy to watch. After 10 years in development, Happytime is finally here! Just keep your expectations in check.

In a world where puppets coexist with humans, Phil Phillips (puppeteered and voiced by Bill Barretta) is a disgraced ex-cop working as a gumshoe in Los Angeles. His newest client, Sandra (puppeteered and voiced by Dorien Davies), has come calling asking for Phil to find out who is trying to blackmail her. Meanwhile, cast members of an ’80s television show, The Happytime Gang, are being picked off one-by-one and Phil must join forces with his ex-partner, Detective Connie Edwards (Melissa McCarthy) to solve the case.

The best way to know if you’re going to enjoy The Happytime Murders is to watch the red band trailer. Full of gross-out humor, hilarious one-liners, and did-I-just-see-that sight gags, Henson never pulls his punches. He also treats his puppet characters as just that, characters. He gives them the same respect his father always did. You believe you’re watching actual characters and not just a bunch of felt sewn together with a hand up its rear. Just about the only thing that could have helped might have been some consulting from Jason Segel. The man does have two Muppets films under his belt and I’m still waiting for him to make a fill film-adaptation of his Forgetting Sarah Marshall Dracula musical.

The Happytime Murders is obviously not for everyone. And it’s absolutely not for kids! There were even times where it felt like I was the only one laughing —  I tlove all things Muppets. Except The Dark Crystal, but I’m willing to try! As for The Happytime Murders, just expect a gloriously filthy combination of Muppets, Raymond Chandler, and The Naked Gun and you’ll have plenty of fun.
Posted by Cinenerd's Reel Voice at 7:06 PM No comments: 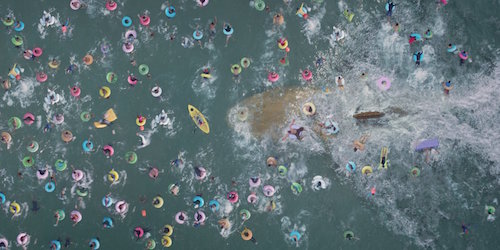 **** 1/2 out of 5
113 minutes
Rated PG-13 for action/peril, bloody images and some language
Warner Bros. Pictures
Article first published at TheReelPlace.com


In the annals of shark films, no one will ever dethrone Jaws. And director Jon Turteltaub knows it. Based on the Steve Alten novel Meg: A Novel of Deep Terror (yes, there are books — six in fact), The Meg film has been through development hell since Disney purchased the rights clear back in 1997. At one point even Eli Roth was attached to direct.

Finally reverting back to Alten himself, Warner Bros. delivers! Turteltaub may be more serviceable than a perfect match for the material, but The Meg finds itself a swimmingly fun crowd-pleaser just in time to clear out the summer waters.

It’s been five years since an executive decision left two of Jonas Taylor’s (Jason Statham) crew dead at the bottom of the ocean. Convinced they were attacked by a prehistoric Megalodon, he’s living in Thailand in seclusion. Fate comes knocking when his ex-wife Lori (Jessica McNamee) is attacked by what could be another meg. But an even bigger threat is faced when the meg makes it way back to the surface.

With the lives of the Mana One at stake — including father/daughter/granddaughter Zhang, Suyin (Bingbing Li), and Meiying (Shuya Sophia Cai), Taylor’s ol’ chum Mac (Cliff Curtis), DJ (Page Kennedy), Dr. Heller (Robert Taylor), Jaxx (Ruby Rose), and Morris (Rainn Wilson) — Jonas must face his past and save everyone from a threat no one believed was real.

With a film such as The Meg, you can count on plenty of Jaws references. I ticked off at least seven, with asides also made to The Shallows and Finding Nemo/Dory. While most have come to see the latest big summer shark film, others of us are longtime fans of Alten’s Meg novels. I remember when the Disney announcement was made and the film would have been a perfect addition to the Disney ’90s action films made under their Touchstone/Hollywood Pictures logos. But at least WB backed Turteltaub with plenty of money to make as good of film as he could.

Turteltaub may not be known for groundbreaking action films — 3 Ninjas, Cool Runnings, While You Were Sleeping, Phenomenon, both National Treasures, and the underrated Sorcerer’s Apprentice — but he does know how to make crowd pleasers.

Turteltaub has mentioned the film was originally going to be very gory — and Statham has gone on record that this is not the film he signed on to make — at least writers Dean Georgaris and Jon & Eric Hoeber didn’t try to Dark Tower the film. The spirit and essence and basic layout of Alten’s original novel remains intact and they may or may not have set up the film for a sequel. The final gets a little confusing and I’m still not sure exactly what I saw. Alten couldn’t (or can’t) confirm what I think happened. Those who have read the book will feel the same way. It’s a vague case of did-they-or-didn’t-they and unless the box office receipts pile up for a sequel we may never know. There’s definitely room to play and maybe we fellow Megheads can rally the troops Pacific Rim style to keep a franchise afloat. But if they’re going to, they need to go even bigger.

The Meg throws its budget up on the screen to make the shark as realistic as possible — ditching the book’s white glow is forgiven, it would have looked hilarious on-screen — even if there’s not as much carnage candy as you’d hope. This is a fun ride from beginning to end, and being a fan of all things shark — and particularly Meg — I can only hope there’s further adventures with Statham on board because he’s a perfect version of Jonas. The Meg may not try to be the best shark film ever made, but at least it set out to be the best Meg film it could under the circumstances.
Posted by Cinenerd's Reel Voice at 7:18 PM No comments: 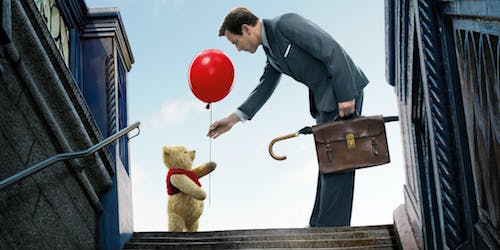 A.A. Milne and Ernest Shepard’s Winnie-the-Pooh is almost 100 years old — he’s 92 — and has been a beloved Disney character for 52 years. Just giving a little perspective to show they’ve had plenty of time to develop a worthy live-action version of our favorite Hundred Acre Wood characters. Christopher Robin is not it. And to think it took five people to mess it up. Two (Greg Brooker and Mark Steven Johnson) to come up with a story and three screenwriters (Alex Ross Perry, Tom McCarthy, and Allison Schroeder) to write the cliched screenplay. If it weren’t for Ewan McGregor as the titular character, and our favorite Pooh characters in supporting roles, the film would be a complete wash.

Young Christopher Robin (Orton O’Brien) is off to boarding school and saying farewell to his childhood friends. Winnie the Pooh (voiced by Jim Cummings), Eeyore (voiced Brad Garrett), Kanga (voiced by Sophie Okonedo), Roo (voiced by Sara Sheen), Rabbit (voiced by Peter Capaldi), Piglet (voiced by Nick Mohammed), Owl (voiced by Toby Jones), and Tigger (Cummings) are all in attendance. A quick montage shows him dealing with the passing of his father, serving his country in WWII, a crumbling marriage to Evelyn (Hayley Atwell), a job he hates, and becoming estranged from his daughter Madeline (Bronte Carmichael). But soon enough, the Hundred Acre Wood comes calling and he’s forced to realize that he needs to get his priorities in check.

The biggest issue with Christopher Robin is that we know exactly how it’s going to end right from the start. The least the screenwriters, or director Marc Forster could have done was come up with some ways to tug at our heartstrings. The marketing department sure has, but the film is completely mismarketed. The trailer and TV spots are trying to convince audiences they’re in for a bouncing good time, but in reality, Christopher Robin is your standard midlife crisis drama that happens to have Milne’s beloved characters in it. They take the backseat to McGregor stuck in A Wonderful Life story where he has to decide what’s more important: Working all weekend or putting his family first. Yeah, we’ve seen this before.

Don’t get me wrong, Christopher Robin is never terrible, just don’t go in expecting it to be another Disney adventure. Even kids will become bored fast — especially in a summer crowded with far better family fare with way more energy. Unfortunately, Christopher Robin is just another misstep in a long line of live-action attempts. (See Alice in Wonderland/Through the Looking Glass, Maleficent, Cinderella, and Beauty and the Beast.) They can’t all be The Jungle Book, but that won’t stop Disney from pumping them out ad nauseam.

Christopher Robin won’t last long in theaters and will get swept under the rug. If you need to take your kids on an adventure with Pooh, you’re better off staying home and catching up on the original Many Adventures of Winnie the Pooh or the underrated/underseen Winnie the Pooh from 2011.
Posted by Cinenerd's Reel Voice at 7:07 AM No comments: