The law of diminishing returns need not apply to the “Holmes” series.

**** ½ out of 5
129 minutes
Rated PG-13 for intense sequences of violence and action, and some drug material
Warner Bros. Pictures

While I may not have liked anything director Guy Ritchie had directed between his smashing debut of “Lock, Stock and Two Smoking Barrels” and his 2009 adaptation of Sir Arthur Conan Doyle’s “Sherlock Holmes,” it wasn’t for lack of interest. I found “Snatch” to be full of contempt, aside from the squeak toy imbibing bulldog and Brad Pitt’s Pikey accent. But the less said about both “Swept Away” and “Revolver” the better. Yes, Ritchie’s Madonna years are finally far behind him. While I still need to give “RocknRolla” a second go, it still seemed to bring a sense of direction for Ritchie and return him to his roots. And if his “Holmes” sequel, “A Game of Shadows,” is of any indication, he’s here to stay. 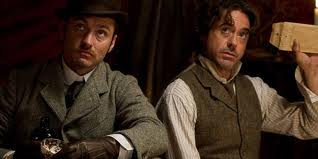 With a bigger budget and a far tighter script (courtesy of Michele and Kieran Mulroney), Ritchie and stars Robert Downey Jr. and Jude Law have proven Warner Bros. have a mighty viable property on their hands. While their beloved “Harry Potter” series has come to a close, it’s nice to see them putting some effort behind a series for the more adult filmgoer. While most sequels tend to try to continually one up the last, it’s a rarity in Hollywood to broaden, deepen, and build upon what’s come before. With a few new cast members along to up the ante as well, it would appear that the “Sherlock Holmes” films can only continue to improve. I’m sure the two years it took to release a follow up shows a little dedication to the craft more than simply aiming for a cash grab.

It’s 1891 and Dr. Watson (Law) is hard at work on his latest Sherlock Holmes (Downey) adventure novel. Tension has been rising between the French and Germans, and things don’t seem to be gaining any help due to a slew of bombings. Of course, Holmes has pieced together some evidence connecting the bombings to a few circumstantial deaths thanks to a new diet of alcohol, tobacco and cocoa beans. But it’s not until after his beloved Irene Adler’s (Rachel McAdams) “services are no longer required” of the dastardly Professor James Moriarty (Jared Harris) that it becomes clear that Holmes may have finally met his match. 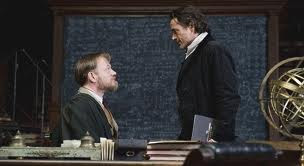 After a spectacular fight sequence fending off an assassin attempt of gypsy fortune teller Madam Simza Heron (Noomi Rapace), Holmes must band together with his dear Watson who just wants to enjoy his honeymoon. Meanwhile, keeping the newly Mrs. Watson, Mary (Kelly Reilly), safe is Holmes’ brother Mycroft (the always welcome Stephen Fry). After one of cinema’s most hilarious weddings and a grand train adventure through Brighton, Holmes and Watson set out to track down Simza who may hold the key to finding Moriarty through her brother, Renee. Now the game is set for Holmes & Co. to track down Moriarty before he manages to cause an all out war between France and German while getting some vengeance in the process.

Everything works even better here than in the first film which I was particularly fond of. The action is better if not necessarily bigger. The story is nowhere near as convoluted as you’d expect yet holds some grand surprises. The laughs are more genuine and Downey’s cockney riddled accent has even been smoothed out. Yes, things are far greater than they seem in the land of sequels this weekend. While at first I was worried about the quick cut Tony Scott-stylized fight scene that opens the film, it seems like that was only to get you immediately back into the world they created the first time around. Now we get bigger set pieces where you get to really see what’s going on thanks to some stunning cinematography and editing thanks to Philippe Rousselot and James Herbert. And Hans Zimmer’s 2009 Oscar-nominated score makes a welcome return as well. 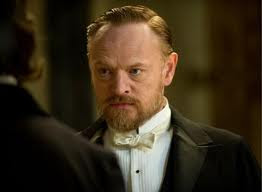 Also at the top of their game of course are Downey and Law. Their rapport is quite clear and they seem to really enjoy playing their wits against each other. Stephen Fry tries to steal the show from everyone but it’s Rapace who really stands out here and proves her turn as “The Girl with the Dragon Tattoo,” Lisbeth Salander, was no fluke. Rapace is surely making a name for herself stateside and hopefully her talents remain fully utilized with her next Hollywood outing in “Prometheus,” Ridley Scott’s upcoming return to his own “Alien” franchise. If the franchise continues to bustle about the way it does here than I say that “A Game of Shadows” proves that the real game of keeping the series fresh is what’s truly at foot.